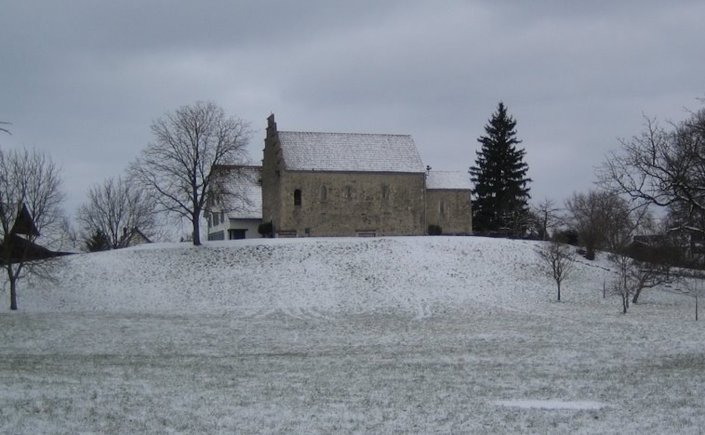 After what seemed to be a llllllooooonnnnnnggggg drive I arrived at my friend’s house. The dogs were VERY happy to see his dog and his dog, Frosty, was happy to see Bear and Teddy. They all instantly started running around the back yard sharing their dog joy at the reunion, tumbling around and being happy. Today I’ll go pick up my paintings. If I find they’ve been sold (highly doubtful; I suspect the gallery would have told me somehow) I will be mixed happy and irked because it was a LONG drive. Oh, I said that already.

The friend I’m staying with was my student nearly thirty years ago now. Some of the stories in our lives are almost unbelievable when we look back on them from a distance and this story is one of those. Through a bizarre concatenation of events (I think it was destiny) I ended up with a Swiss family. Not Swiss/Swiss but the family begun by two people who’d immigrated from Italy to Switzerland after WW II for better opportunities. There’s even a movie about people who did this Bread and Chocolate. I love Switzerland very very very much and I like the culture, also, very very much (though my experience is limited to the north eastern part, the German speaking part). BUT it’s not the most open culture in the world and it wasn’t easy for my friend’s parents when they first arrived to find a niche, but they did.

Because of this bizarre concatenation of events, I went to the village of Gfenn which is north of Zürich, saw the Lazariterkirche, chapel of the community of St. Lazarus that was built in the 13th century, got hit by a bolt of inspiration that is nearly beyond description, leading to Martin of Gfenn.

We just don’t know. I think sometimes we just kind of bumble around and once in a while something grabs us and shakes us out of our sense of normal and plops us exactly where we need to be to do whatever it is we need to do, and sometimes we don’t know what that is until we’re standing in front of it.

And stranger still, he bought a house about 3 blocks from a house in which I used to live in Colorado Springs.

Seriously. If you think you know what’s going on and why, you might be wrong.