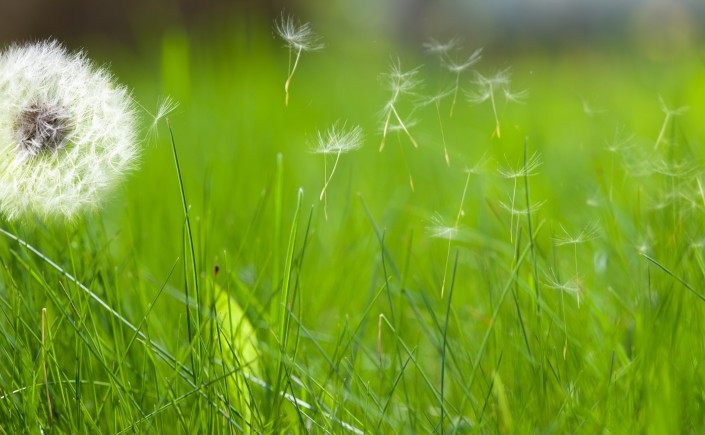 Wednesday was the little boy’s — Connor’s — birthday. He’s 7. His mom texted me yesterday to see if I wanted some birthday cake. I knew they were on their way down the alley by Bear’s and Teddy’s happy barks along the lilac hedge. Michelle had a tennis ball for Teddy. The little boy brought his favorite birthday present to show me.

We stayed out in the front yard talking (virus), all the while Michelle asking, in various synonymous sentences, if she could see the dogs and me answering, “You won’t like it.” At one point Michelle stood beside me in her “grown lady” hat, her pretty dress and her gold, glittery Uggs, blowing the floss from the dandelions. I was struck by the beauty of that image and thought, “It’s never a big thing.”

Finally Connor said, “Can we see your house?” I didn’t mind, but there’s this virus thing… I looked at their mom.

“They’re used to ‘no’.” I knew that. I never knew two kids so willing to roll with that little word.

“OK, but only the living room. I don’t want to give everything away. You need stuff to look forward to.” They only heard “OK.” The rest was for their mom. I have learned, over the years, the value in saying stuff that doesn’t make sense to kids but communicates to adults. Mom laughed. Maybe I learned that skill from my own parents.

“I’m going to let the dogs in. They will be VERY VERY VERY excited. You have to sit down and be very quiet and calm.”

It was a start, anyway. They both sat down. I went to the back door. The dogs raced in, knowing already WHO was in our house. OH BOY!!!

The kids never believe me that the dogs are WAY to exuberant for them, but yesterday they learned. Teddy’s joie de vivre (Aussie puppy) is too much for most people. But he is learning to sit to get pets. Bear — as a livestock guardian dog — reacts to the nervousness and fear in people she loves by wanting to climb on them to make them safe. So, because Michelle was afraid, Bear thought she had to go to work, making it worse. Really how many little girls in pretty dresses want a big dog who weighs more than they do to jump up on the sofa with them? It was kind of a circus. I got dog cookies and the kids managed to get Bear to go “Down!” And Teddy even managed once or twice. “Will work for cookies.”

Their mom — who grew up here near the Refuge — recognized immediately what I had painted years before I moved here in the painting below. “That’s the valley!” she said. “That’s the exact view from my grandma’s window! I guess you were meant to be here.”

When the dogs had calmed down, and the moment was over, there was much hugging. I know all about the virus but sometimes you have to weigh mortality against the spontaneous affection of children.

I’m going to have Bear write the little girl a letter and explain how dogs behave differently than cats.

19 thoughts on “Brief as Dandelion Floss”