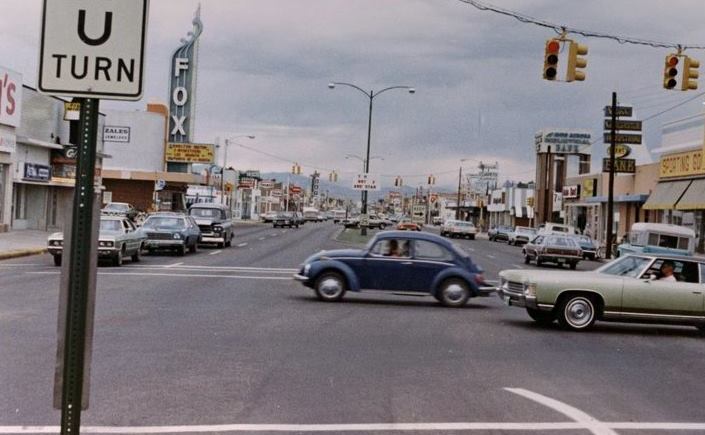 Yesterday, as I was having fun putting the short stories together and designing a book, a welcome break from this virus and the idiocy of the “liberate” people (death is a kind of liberation, I guess), I thought of our last “plague.” Thinking of that led me to think of Peter who died on the last day of the year in 1987 of meningitis, a complication of HIV/AIDs. The new anthology of short stories — Who CARES if there’s life on Mars? — is dedicated to Peter. Everyone who gets the book will see the dedication. SO… I thought I’d write a bit about who Peter was.

Anyone reading my blog might get the idea that I’m “bitter” about “luv’.” I’m not really bitter, but the way it worked out for me in my life taught me that what ought to work, might not, and that even real love might not be “happily ever after.” “Luv” is fraught with unknown perils and it doesn’t “conquer all.” It’s also not “all we need.”

One of our classmates had seen Peter and me talking in the parking lot and warned me, “Peter is gay.” It wasn’t long before Peter had told me himself, with more information, “I’ve had passionate affairs with both men and women.”

So, I went skiing with him and didn’t enjoy it much. It was cold. I didn’t like the ski area, I was a total spaz. The experience was awkward and confusing, but, so what else was new? I didn’t realize Peter was interested in me. Our first date (that I didn’t know was a date) was ostensibly (I didn’t know it was “ostensibly”) to talk about a couple of poems by Yeats for a seminar we were both taking. I took my book. He picked me up and we went for pizza. We never talked about Yeats.

My heart might have been aflutter about Peter, but I was still trying to contend with the last (two) complicated love relationships in my life. I was still married to a man who had abused me (and would, once more). He had left Denver to study in Wyoming, and I was living alone. In the background of THAT was someone who had clutched my heart since I was 19. And, and, and… I was scared.

Somewhere in all this I took my ten-speed up Waterton Canyon. The thought of riding up a trail in the foothills had captivated me, and mountain bikes hadn’t been invented yet. The tires of a ten-speed road bike are not the right thing for that rough, rocky, thorn-throttled trail. I got a flat and ended up walking back four or five miles down the canyon, picking up companions as I went. One old guy who joined me on the walk down was a true expert on the canyon and, because of him, I knew to look for mountain sheep. About a two miles before the end, a BLM truck gave us a ride. I lifted my bike into the back and we sat on the tailgate all the way down.

When I got home, quietly inspired by Peter talking about the creative writing seminars he was taking, I wrote the experience into a story. I gave it to Peter to read. Teacher-in-Training that he was, he wrote comments, most notable (and clearly unforgettable) “I love your story! It has energy which most of the stories I read in this fucked up program lack. Keep writing.”

I’d written a couple of stories in high school, but until that moment, I hadn’t thought of myself as anyone who could write a story. Peter never wavered in his encouragement, and the last letter I have from him responds to a story I’d sent while he was living in Chicago. Again he has written, “Keep writing.”

We were together in our own way for five years. Love is going to love where it loves, and that’s about all you can ever say about it for sure.

I took the title of the anthology from one of his letters in which he’s written that his grandfather is dying of cancer, then writes, emphatically, “Who CARES if there’s life on Mars?”

The last time I saw Peter was over Labor Day Weekend in 1981. He’d asked me to marry him. I went to Chicago to talk it over and learned that his boyfriend wasn’t at all keen on the idea of Peter marrying me. From one point of view, the weekend was hilarious. From another it was desperately sad. I was stuck there for two nights. The redemption was a long day at the Chicago Institute of Art seeing paintings I’d only known from books. It was the moment I learned that I like wandering alone in big cities and looking at paintings. The ending — at the airport when I finally got to get away — was absolutely, abysmally, totally, heartbreakingly and inarguably sad. Sprawled out on 3 seats in a nearly empty DC-10 I resolved that there had to be more to life than “luv.”

One of the stories in this new collection imagines Peter and me as old people, sitting outside a coffee house in the gay part of San Diego. In the story “I” am a man. It was fun to write it. It’s a “what if” these two otherwise eminently compatible people had been able to form that relationship everyone wishes for? As Borges wrote in “The Garden of Forking Paths,”

“…I leave to various future times, but not to all, my garden of forking paths.”

Fiction is that garden.

19 thoughts on “Inspired by Plagues”