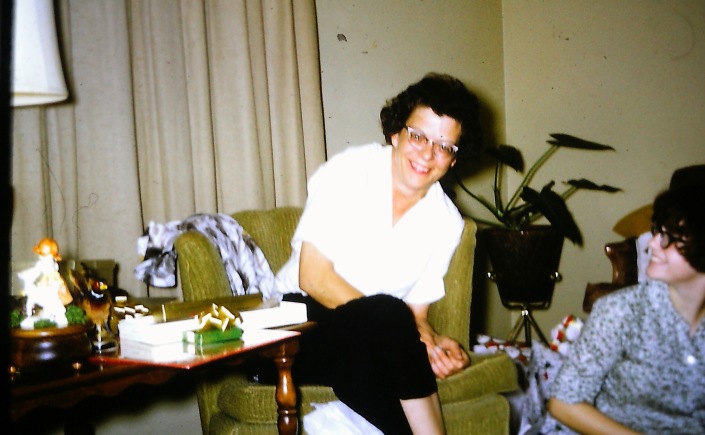 Twenty years ago yesterday, Molly, my Malamute/Aussie mix, and I took off from San Diego to go to Denver to spend Thanksgiving with my Aunt Martha. We got to Cedar City, to a Super 8 I think. It was dark, cold, beginning to snow. We were BLISSFUL. We both loved snow and we liked traveling.

We also liked Colonel Chicken (only on road trips) so we went through the drive thru and shared it in our room. Molly got some white meat, no skin. After eating, we both wanted a walk in the snow, so we wandered around town, finding Southern Utah University with its Old Globe style theater and a little monument to great thinkers, statues, of philosophers, scientists and poets.

The snow continued to fall in wet, fat flakes and we were happy. We walked back to the motel, went to sleep and the next morning learned that the Eisenhower Tunnel — which is on I-70 between us and Denver — was closed due to an immense dump of snow. No idea when it would be opened. We had planned — well, I had planned since Molly was a dog — to get to Denver that day, Tuesday, turning south at Frisco/Dillon Lake, going over the mountains on the 24, and stopping in Colorado Springs to see my brother. That wasn’t going to happen.

We headed south through Zion then dropped down through Monument Valley and hit the 40 toward Albuquerque. It was a breathtaking, beautiful drive. We spent the night at Albuquerque then headed to Denver the next day. I stopped to see my brother, my niece and her grandmother with whom my brother was then living. Then I got to Denver.

My Aunt Martha and I had the most wonderful time together. When I got to her place, she was all ready to cook her favorite dinner — T-bone steaks, fried potatoes and onions, and salad. We ate and stayed up late talking. It was a conversation I feel privileged to have aged into. My aunt talked candidly about her life as a single professional woman, not about work, but about her life. That conversation was a huge gift to me. The next day she sent me shopping with $50 (why?) and I bought a sweater I never liked but kept because she bought it for me. We had Thanksgiving dinner in a Swiss restaurant. I don’t know why but that’s what we did. It was good, but most of all, we enjoyed ourselves; we enjoyed each other.

My aunt had a beautiful cat named Amiga, and I had brought this big dog. We didn’t know what would happen when we were gone, but we were sure Amiga would take care of herself, even if it meant climbing to the top of a closet. When we got home, Amiga was sleeping on my bed with one paw hanging over the side, resting on Molly who slept on the floor beside her.

The next day I went back to the Springs to spend a little time with my brother, but returned to Denver for the night. When I left on Friday I didn’t imagine that would be the last time I visited my Aunt Martha at her house, a house we’d picked out together.

I also never imagined that in the ten years between 1999 and 2010 when I next returned to Colorado that Colorado would have changed so dramatically, that Denver would have grown like a MF. In 1999, I drove home on I-70. It was still the relatively uncrowded four-lane highway I’d always known with the large, friendly rest stops with their hiking trails along the rivers and shady spots for picnics. Molly and I probably hiked three miles at rest-stops that trip, still made good time, and spent the night in St. George

All this hit me today when I was driving to the museum in Del Norte. We’re not always conscious of the passing of time and at first I thought, “It’s been ten years!” and then my brain said, “No, idiot. It’s been TWENTY years. Aunt Martha died eleven years ago.”

On my way to Denver from Albuquerque on that journey, dropping down the hill from Trinidad, this song came on Mohammed’s Radio. It’s amazing how resonant it is tonight. I am so grateful for every moment of that journey. I’d relive it if that were possible, but the important thing is that I DID live it.

P.S. I guess a blogging break means you get three at one time. 😀