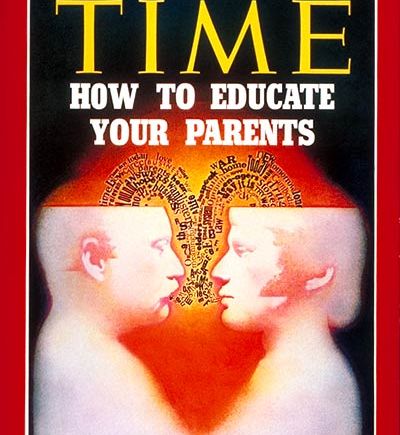 Lately I’ve been noticing ageism. Not directed toward me, but as an ambient part of our culture. As a person born in the years that mark the “Baby Boom,” I understand that two generations might not understand each other. But, at this end of the telescope I understand something else, too.

When we’re young, we generalize the WHOLE WORLD based on what we ourselves experience, perhaps more in our “break away” years than any other time in our lives. I understand that now; there is no way — regardless of how intricate, labyrinthine our painful was our childhood or youth — that we KNOW that we are generalizing or that our experiences of other people are limited just because our exposure is limited by the number of years we’ve been on the planet.

My own mom was extremely fearful, provincial and conservative. In many respects that’s not how she WANTED to be, but scary stuff had happened early in her marriage and she was holding on tight to what she had. I can’t begin to know everything that went on in her mind back when I was a teenager and my dad’s MS was rapidly worsening.

When I was older I understood it better. She grew up on a farm in Eastern Montana during the Depression in a family with 9 other kids. They were poor. My grandma was a Mennonite without a community. My grandad was a self-taught philosopher. Mom never learned to ride a bike and she didn’t drive until she was 42. What did her childhood experiences mean to me, in suburban America, the child of the upper middle class with everything I could possibly want? It meant nothing. I couldn’t begin to understand it. I could see that she couldn’t understand MY world. She’d never lived in it.

More important, she didn’t want to. Plenty of people in her generation moved forward with the changes; she didn’t. It was a while before I understood it wasn’t THEM. It was HER.

It can be argued that we never live in our parents’ worlds, but I think there was a very radical difference between life in rural Montana in1938 when my mom was 18, and a Colorado Springs suburb in 1970, when I was 18.

One big gap now is technology, or so says Time Magazine and I agree. I have had to keep up with technology because of my profession but now, retired, I choose what I don’t want to deal with and what I do. I honestly don’t want to deal with electronic concert tickets or Siri telling me to turn on my radio at 8:15 in the morning and suggesting a station. I don’t want “Alexa” or any of her brethren in my house. I’d LOVE an Apple Watch, but I can’t afford it. I even kind of hate my smartphone and often leave it behind. My voicemail doesn’t even work here in the San Luis Valley and I’m OK with that. I’m not obsessed with “connectivity” except, maybe, escaping it. Is that a Baby Boomer thing? I don’t think so. I think it’s a Martha thing.

MEANWHILE back to the original idea of this weird rambling post — generation gaps. I think Baby Boomers really took that idea to heart whether it was a real thing or not. I think they expect it now. Other generations? Well Gen X took theirs to heart, too. I don’t blame them when at least one good novel came out describing them (Generation X), an awesome film (Clerks) and, IMO, the BEST music. Sadly, it’s a generational distinction that put them under the shadow of hyper-achieving Baby Boomers. The thing is, there were a LOT of Boomers. Truly, the competition was already FIERCE. I was there. Born smack dab in the middle, well, it wasn’t always pretty. The older ones got the best jobs and there were still a LOT of us left to take the crumbs. Gen X, we relate. We kind of ended up in the same crowded, exploited, boat.

A friend of mine on Facebook invited me to join a group of older people who, in the way of some Baby Boomers, are seeking solidarity with each other, community, enlightenment, and cohesion. Their recent thing is, “How would we like to be labeled?” I don’t want to be labeled. Recently on Twitter an enraged Millennial went off on all the Baby Boomers who are — with the help of Grendel (old 45) AND Pelosi– NOT LISTENING TO MILLENNIALS and DISENFRANCHISING THEM.

I was thinking of what it would have been like for me to be a young person today with my same mom. Would she text me? Would she get involved in my COLLEGE education? Would we have the close/hands-on kind of relationship I know many of my Millennial students had with their parents? If she’d been a Boomer and I a Millennial, she would have learned to drive in high school and there would have been much more chauffeuring around than I experienced. I would have missed a lot of long walks and bike rides here and there. The autonomy I had as a kid was related to her not driving. There are probably a lot of other things that would have been different. I’m glad she wasn’t that involved much of the time. Shudder.

Last night I was thinking that when we depend on others for our happiness were fucked. Seeing ourselves as a member of any generation is insipid and limiting. I was thinking that if we could drop the generalizations and expectations — or regard them as theories instead of definitions of reality — we could solve a lot of our problems. Racism would vanish. Women would be paid the same as men. People would be respected for their merit and achievements. Objective problems would become objective problems not matters of opinion. Kind of Utopian, I know, as it seems we’re living in a time that seeks to categorize and divide, not unite.