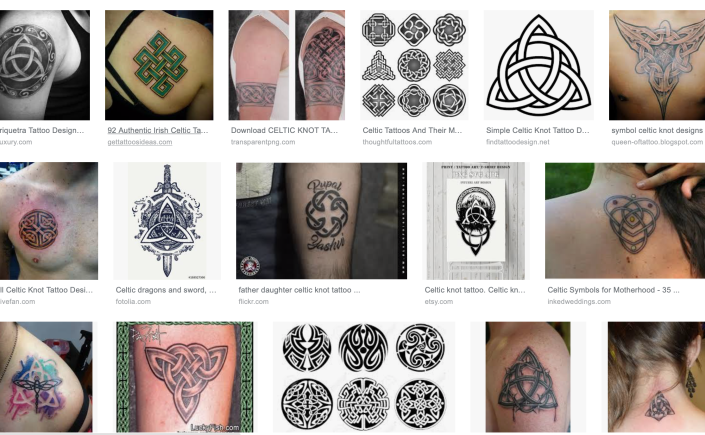 That’s not something anyone needs to point out to another. I was wearing a tank top that revealed my shoulder blades. It was the end of a hike on a hot day in the wilds of San Diego.

And now you know. I have a tattoo. The story behind the tattoo is pretty good, but I’m unlikely ever to tell it publicly. It’s a Celtic Knot which is pretty silly because I am, myself, a Celtic knot, a tied up ethnic mix of Scots, Irish and British with a bit of Swiss (Confederation Helvetica = Celtic Confederation) mixed in. $100 spent for 45 minutes of pain. It’s one reason I don’t want to go to The Pool with my friends. I guess I just need a rash guard or something…