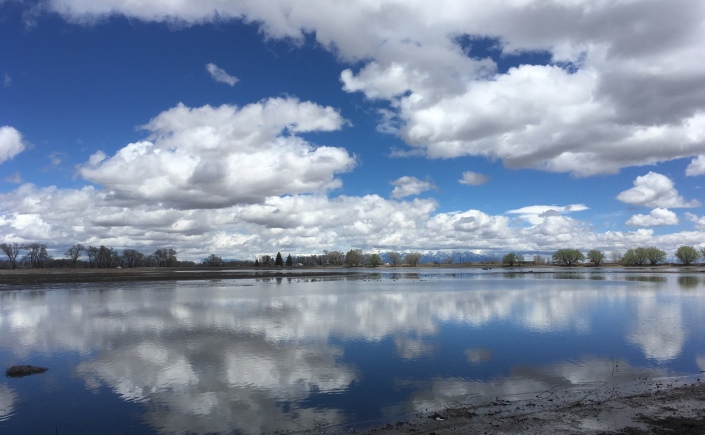 Last Saturday I cleaned out the garage and found letters I’d sent my mom from China. I also found three “stories” I’d written back then, one about traveling to Hainan Island, one the script that went with the (long? tedious? boring?) slide show we gave friends and family, and one a proposal for an article. I told my editor to throw out the manuscript I’d sent her. Then I read everything I’d written so long ago and edited my manuscript. I was surprised to find I’d remembered things well. What was more surprising was that the stories I was telling back then are the same ones I’ve written this year. Somehow that made me very happy.

And, I made a book trailer last weekend.

It’s finished again and just at the moment when I saw the end in sight, yesterday, I saw a dog posted by the local dog shelter. I went to see him and he seems perfect for my “family.” He’s a mini-Aussie who looks very much like my dog, Mindy (RIP). He was “advertised” as a Bernese/heeler mix, so I was expecting a MUCH larger dog and was delighted when I saw him. I’ve loved this breed for years. I’ve had two regular sized Aussies and an Aussie mix and they’re great — smart, alert, cooperative, adaptable. I think he’ll figure out his place in the family quickly. Dusty’s a lot more stable with the meds he’s on, too.

I’ve been worried about what Bear would do when Dusty joins Lily and the others in the Enchanted Forest. Bear’s never been an only dog. When I saw the dog’s photo on Facebook I thought, “There’s Bear’s friend.”

The shelter has to keep him for five business days, but I’m going to foster him in the meantime. The shelter is packed to overflowing and most of the dogs there are large, the majority pits, which I love, but this little guy isn’t the dog to stay in a place like that long without losing heart. If his owners do step up, that will be fine, too, but it seems they might not. He was found several days ago by a woman in Del Norte who took him in as long as she could and posted daily that she’d found him.

Anyway, I’m going to go get him in a little while. 🙂

Otherwise, I finally planted all the veggies that had become house plants. It’s been a cold spring, though every chilly day was one more won from summer. I know, I’m a weirdo.

I’m not hopeful that the garden will be great this year, but the iris and lilac have been spectacular.

That’s pretty much the view from Heaven. I’ve been reading posts from time to time, but not consistently. I’m sorry. The China book has been very compelling and I’ve loved working on it. Now I have some short stories in mind that I might write here since it has worked so well in the past.

Congratulations to the Rag Tag Daily Prompt on surviving for a year and growing. I remember well how it started and wondering if it would survive more than two weeks, but it did. Take that, WordPress. We didn’t need your stinking’ prompts after all!