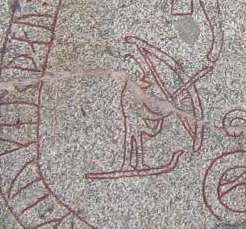 I’ve decided to use the German word for Nordic skiing — Langlauf. It’s easier than writing “Nordic skiing” all the time.

We got about an inch and a half or two inches of sweet wet snow last night and when I took Bear out for her walk, we went to the golf course mostly so I could assess the conditions. After about a half a mile, I knew the conditions were good enough for me.

One benefit of having lived in Southern California for 30 years is that this Colorado woman isn’t a snow elitist. If it’s skiable, I’ll ski it.

It was more than skiable. It was really great. And, my abilities have improved. What took forty minutes the first couple of times took only about 25 today, not that I’m in a hurry, but that indicates I’m getting my “ski legs.”

It’s really wonderful when, for so long, my abilities to do almost anything — even stand around — only deteriorated.

Last night I watched an episode of Nature (on PBS) called “The Wild World of the Vikings.” In it, a Viking skied, OK not a REAL Viking, a re-enacting skiing Viking, but I just thought, “That’s just so cool.” The whole program was fascinating and beautiful, but that was my favorite 30 second (if that) bit. I have always felt on “die Langlaufski” absolutely free, not tied to some chair lift or gondola, no lift ticket to buy, and nothing but the freedom of snow in the mountains. Because I’m getting better at it, I’m hoping that I will get on mountain trails this year. We’ll see.

P.S. Polar Bear Yeti T. Dog has discovered that I enjoy it when she rolls in the snow. Her new thing is to lie on her back in the snow while I scratch her tummy. She’s really not like the other kids.

20 thoughts on “Getting Better at Langlauf”